If you are a vegetarian or vegan, you’ll probably be spoilt with a rich variety of food that would cater to your every need. The spice box transforms everything it touches into something delicious, so even the most bland vegetables turn in to something delicious. And if you are looking at the rich meat dishes and feeling like you’ve been let down, think again. Pretty much every meat dish can very easily be substituted with vegetables, lentils, paneer or tofu and quorn mince. Keema is one rather delicious dish usually made with minced lamb, but vegans and vegetarians can enjoy the dish too. Just replace the lamb mince with it with either soya mince or quorn mince.

Fragrant whole spices add a rich flavour to the oil, before the onions, garlic, ginger and tomatoes get roasted in the it. This forms the perfect base to the mince. You can choose between soya or quorn mince. My recipe uses Quorn mince. But if you are using soya mince, then just follow the additional notes on How to make Soya mince.

Keema is such a popular street food dish in India and is usually served with Pan – white buns or baps, chopped onions and lemon wedges. But you can choose to serve keema with rotis, chapatis or even rice. This dish is flavourful, vegan without compromising on taste and is really healthy too. I hope you give it a go. 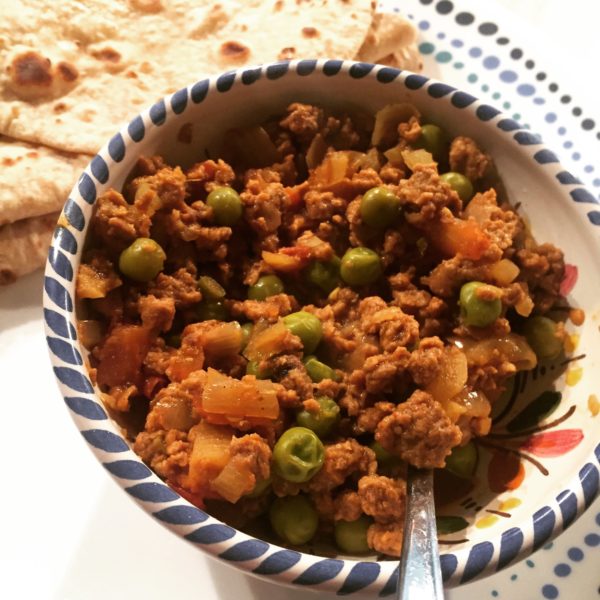 How to make Soya Mince from Soya Chunks